View source
watch 02:52
Roblox: DeepWoken - The Loop
Do you like this video?
Play Sound

Maple Lodge Campsite is a map in Phasmophobia, being the game's third medium map and currently the only predominantly-outdoors location. The map is a spacious campsite with multiple tents, as well as a restroom-building, and a two-story cabin next to a lake.

Its organic layout and unique setting create a stark contrast to the geometric and more familiar mechanics of the "traditional" indoors maps. Even more experienced players might find themselves lost and confused, as things such as finding the ghost room or locating Fingerprints might not be as intuitive, requiring more proactive search.

Additionally, being mainly outdoors, weather will play a major factor during investigations. Heavy rain will prevent the usage of candles and other open flames, while strong winds might hinder the hearing of sound cues (such as items being thrown or the ghost's vocalizations while it is hunting). 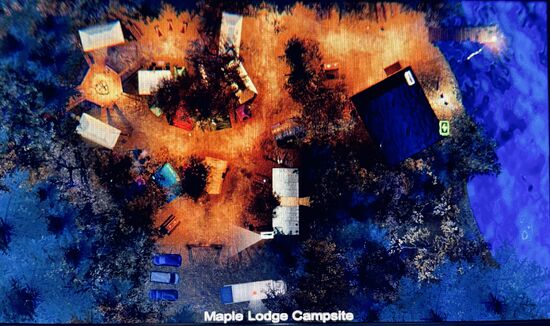 The location is the only Site Map with detailed satellite-visuals in the Van. 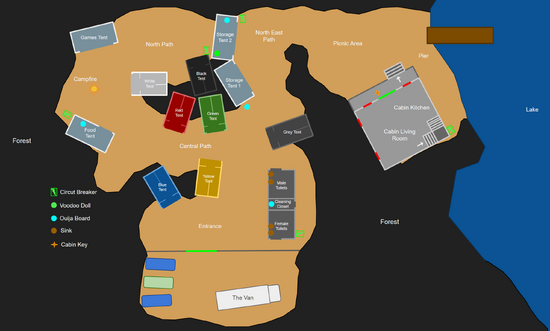 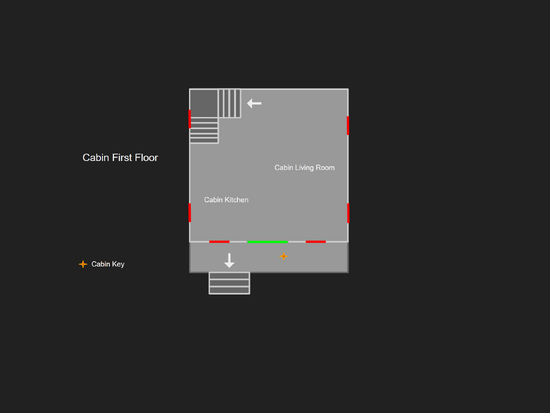 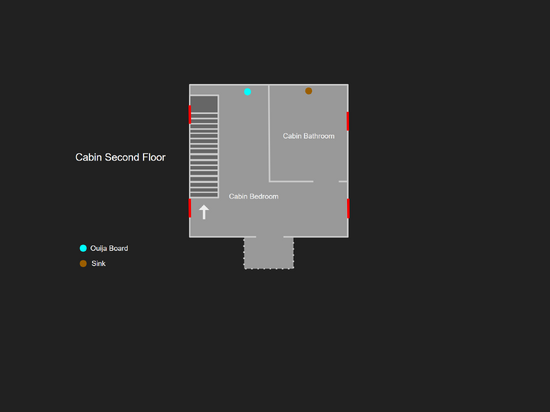 See Third-party tools for a list of detailed map viewers that players may use.

Bones may spawn anywhere within the investigation area, including paths, tents, and the cabin. Bones may also generate under or within bushes, making the bone easy to miss. Players can exercise prudence when looking for the bone.

A bone in the Cabin Kitchen.

A bone on a picnic table at the North Path.

The Ouija Board spawns on the shelf in the Cleaning Closet.

The Haunted Mirror spawns in the Blue Tent.

The Music Box spawns outside the cabin on a metal table at the porch.

The Voodoo Doll spawns at the Campfire beside a wine bottle.

The Tarot Cards spawn to the left side of the White Tent on a table.

The Summoning Circle spawns in the Cabin Kitchen.

There are a few hidden Easter Eggs which can be found on the map: 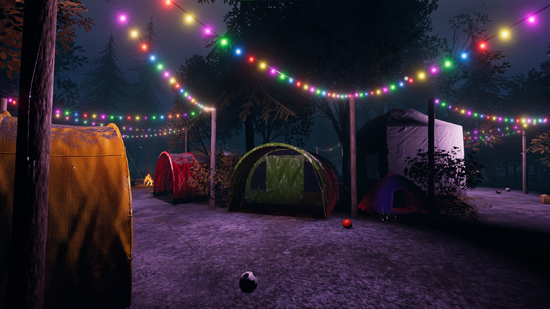