This is used to gather extra reward for taking photos of paranormal activity.
The photo camera is a piece of equipment in Phasmophobia. It is a digital camera that can be used to take pictures of objects in-game. The Photo Camera is not used for gathering evidence, but it is essential for acquiring photo rewards upon finishing the investigation, as well as being necessary for certain objectives and daily challenges.

When a ghost manifests during a ghost event or a hunt, the photo camera's display will be distorted, as well as any pictures taken. However, pictures taken in this state will still be accounted for in the journal if a valid subject is detected.

Upon taking a picture, the photo camera will flash a light twice the size of the regular flashlight with three times the range of the glow stick. Any pictures taken of a reflective surface will show the lens flash in the picture, such as a television, or the axe that one of the possible ghost models wields.

The first 10 pictures with a black label will give you points depending on the distance and category in the journal, added together as "photo evidence". Depending on the threshold, you can get a maximum photo reward of $40 at the end of a contract. As with all other money rewards, this sum will then be multiplied by the difficulty multiplier. If a picture does not have a black title in your journal, it will not reward money. You can be rewarded a different amount of times depending on the category of the photo. For example, only one photo of the bone or of the ghost will be credited, but you can take an unlimited amount of different interaction photos.

If there are no available slots for photos inside the journal (which can hold 10 photos for the whole team), any further shots will not net any monetary gains. However, even if the journal is filled with 10 photos, it is still possible to complete the "Capture a photo of the ghost" objective. 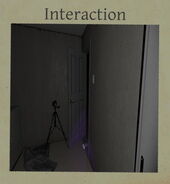 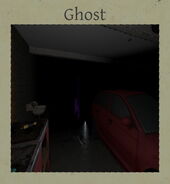 Photo of the ghost. 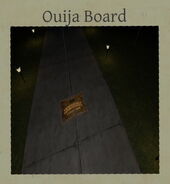 Photo of an active ouija board. 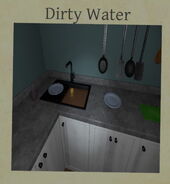 Photo of dirty water in a sink. 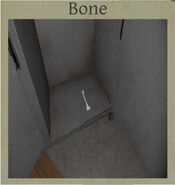 Photo of a bone.

Photo Of A ghost

A more well lit photo of a ghost

A close-up photo of a ghost

Community content is available under CC-BY-SA unless otherwise noted.
Advertisement